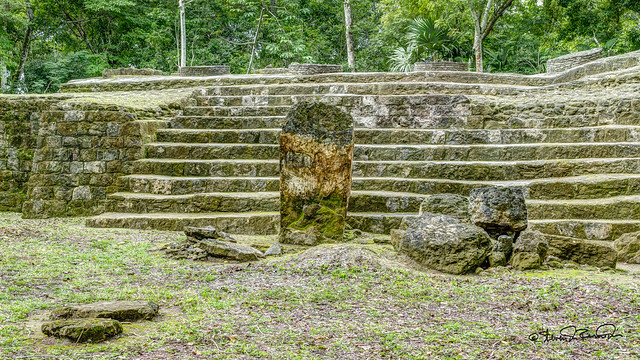 Another early departure as we headed to Yaxhá. The site was the setting for the television reality series “Survivor: Guatemala,” which has been good for the local economy and has encouraged more tourism to this relatively obscure site.

Unlike the paved road into Tikal, the one to Yaxhá is gravel. Unfortunately roads, especially paved roads, encourage squatters so there are no plans to pave this one. The trip took about 90 minutes to get to the site which is located in the middle of the jungle.

The city spanned almost two miles of a ridge overlooking Lake Yaxhá. The name of the lake and city derives from the Mayan yaxa which means "blue-green water"; it is a notable survival of a Classic period place-name into the modern day. The Yaxhá kingdom is estimated to have covered an area of 92 sq miles and to have had a peak population of 42,000 in the Late Classic period of Mesoamerican chronology. 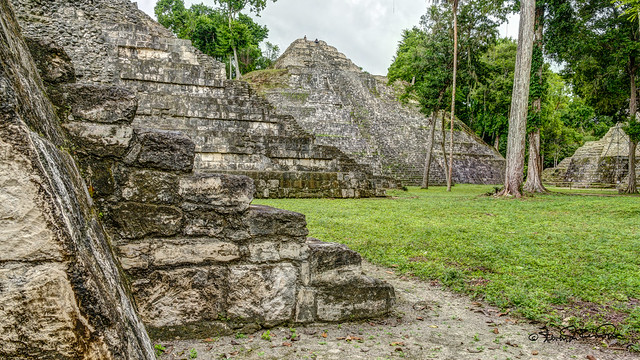 The ruins are not quite as massive as Tikal but they are evocative in a completely different way. There are far fewer people. As at Tikal many of the ruins are not cleared but for some reason as you walk through the site you get a much better sense of what these places looked like when first discovered, unnatural mountains of vegetation with a stray stone sticking out. Some of the structures had wooden stairs and railings. There was a fabulous view of Lago Yaxhá, the jungle and other ruins from the top of the Acropolis. This site is visited infrequently so there were not a lot of people to disturb the environment. 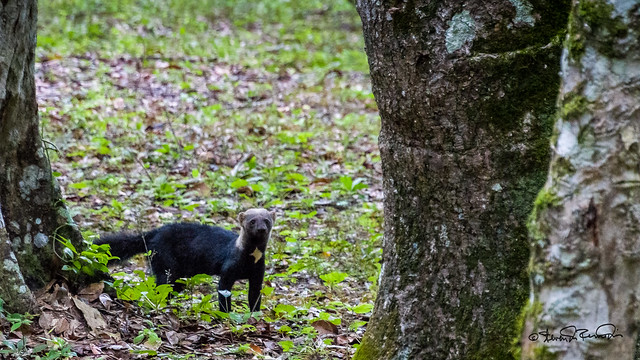 Besides plants such as orchids [Encyclia cochleatum in bloom], tillandsias and bromelias, we could watch many sub-tropical animals in their natural environment. Spider and howler monkeys make up the majority of the local population, and the screeches and havoc shouted out by the howler monkeys can be heard echoing through the jungle. In addition to spider and howler monkeys, we saw, coatimundi, a tayra checking out an old bee's nest in a hollowed tree, toucans, collared aricari and a pair of red foxes [who were totally at home on a pyramid roped off for excavation]. The tayra has an appearance similar to weasels and martens; Luis said it was about 20 years since he had seen one during the day.