We left early in the morning so that we arrived at the park when it opened at 9 am. we stopped on the way to look at a diorama of the Tikal site at a store. [had fabulous boots for $50, too small] The drive to Tikal, located in the Peten jungle, took over an hour. Once in the park, it was another ½ hour to the park grounds through a nice road cut through limestone and rain forest. 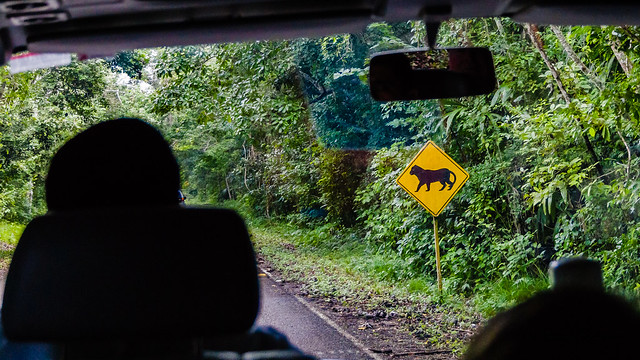 There are numerous signs warning of animal crossing however these are just a ruse to convince drivers to keep down their speed, which has markedly lessened the number of animals killed by automobiles. The terrain in this area is much hillier than expected and the many lakes seen earlier were absent. We headed to the ruins on foot on limestone roads. Luis, our trip leader, actually grew up in Tikal before they moved everyone from his village to outside the park.

During our journey to the site, we were ‘escorted’ by two motorcycle police guards. The tourism department wanted to make their presence more obvious but OAT managed to convince them that would just make American tourists nervous. We had a tail the entire time we were in Guatemala, we just had not noticed it until we were in the more sparsely trafficked north. 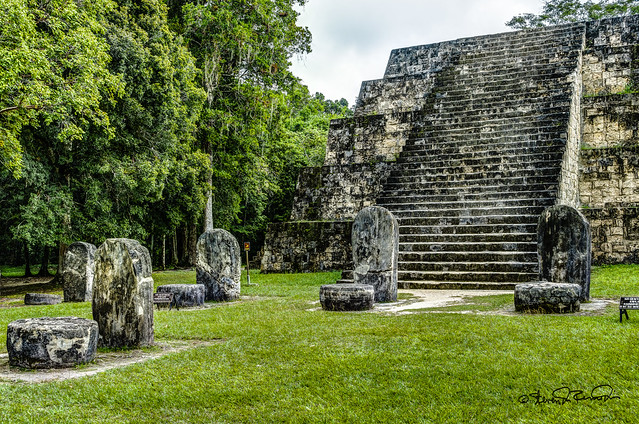 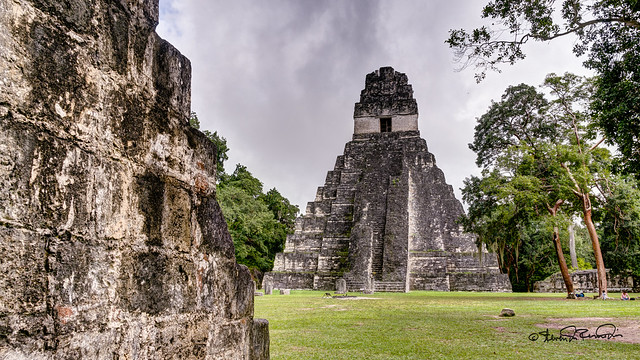 The site is like being in the middle of a jungle of gigantic trees, vines, ferns, palms, familiar and unfamiliar tropical plants, busy insects, exotic birds and animals, and their sounds. The distant, eerie calls of howler monkeys added to the ambiance. The day had scattered showers but not much of a distraction, main shower was during lunch when we were in a covered shelter. The clouds and shade from the trees kept the heat down. The lack of surface water due to the porous limestone also meant that biting insects were at a minimum. 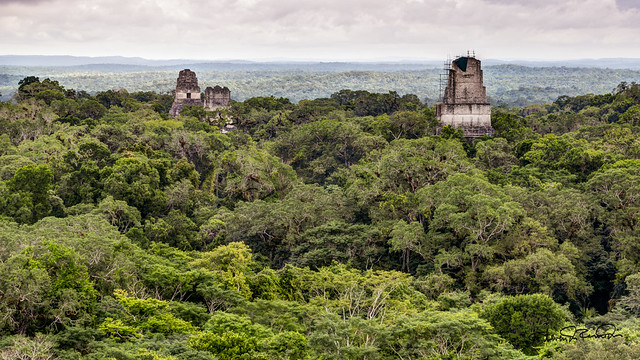 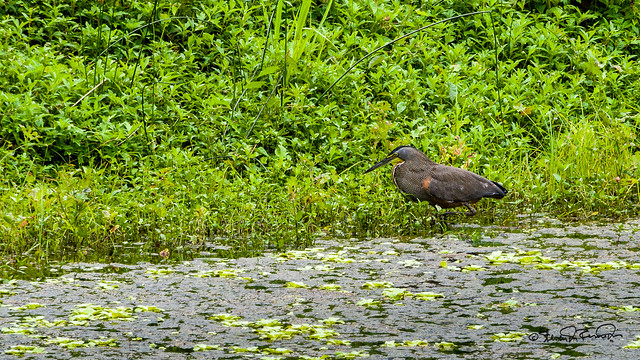 We walked about 5 miles and ventured up the steps of Temple V and the North Acropolis. Views were terrific from the top. There was so much to see and so many pyramids to climb that we were about 2 hours late for lunch. A few orchids spotted: blooming oncidium, licasta, "mini orchid" yellow coatis, spider monkeys, grasshopper, caterpillar, bare throated tiger heron, gray neck wood rail, juvenile yellow crowned night heron, laughing falcon, orange breasted falcon, brown jay, collared aricari, ringed kingfisher.