After breakfast most people opted for the optional Canopy & Hanging Bridges tour at the Atitlán Nature Reserve, a 247-acre reserve located between the lakeshore and the road from Solola.

We hiked through a tropical forest, walking along hanging bridges suspended in the verdant canopy, while admiring the landscape's volcanoes and waterfalls, all geared up in our hard-hats and rigging. This is another of those nature reserve that rescue animals so there were spider monkeys as well as an active group of coatis roaming the grounds. There were also orchids in the trees, many which were in bloom.

Lunch was at Chero's Bar & Pupuseria located across from Dina's chocolate shop. These are reportedly the best pupusas outside of El Salvador.. They offered a great variety of fillings: beans and cheese, garlic and cheese, mushrooms and cheese, and spinach and cheese, etc. The restaurant had Gallo beer in liter bottles which we shared. 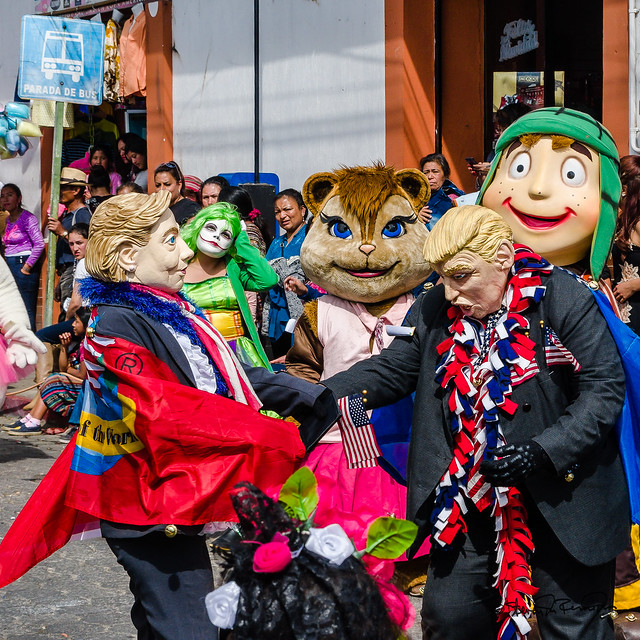 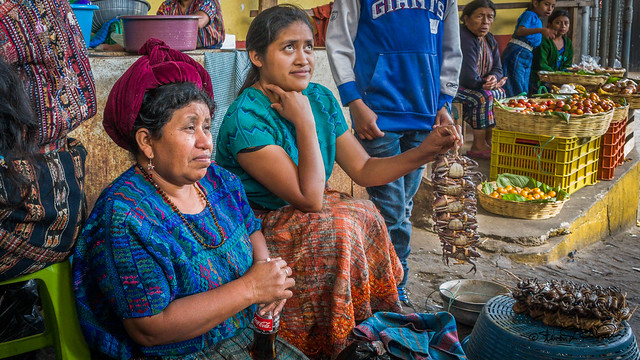 It was December the 8th, the holy day of the Immaculate Conception and Sololá was celebrating with costumed revelers wearing rubber masks of famous people (including Trump and Hillary!) dancing in the street to live music from a band stationed in the back of a truck [which will makes the rounds to other festivals today]. The dancers were in sets of two and are judged at the end of the parade for best costume. We got out to watch and listen and enjoy the happy energy before heading on foot up the hill to the municipal market. This is one of the most vibrant and authentic markets in the highlands—often called one of the best markets in Central America—with colorfully dressed locals selling meat, vegetables, fruit, house wares, and clothing, both wholesale and retail. 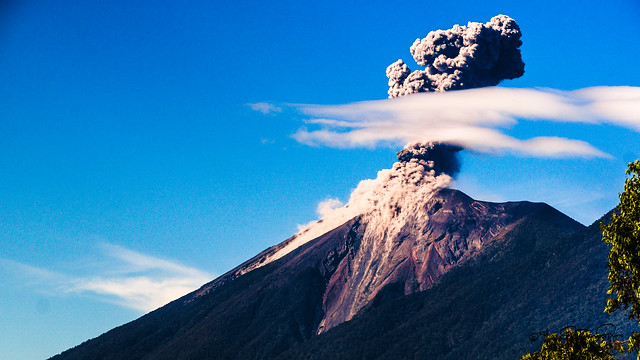 During our first morning in Antigua we drove to Cerro de la Cruz, or Hill of the Cross, located just north of the city. The hill offers sweeping views of Antigua below with the towering Volcán de Agua in the background. The prominent cross at the head of the lookout point is devoted to the city's patron saint. Vendors were just starting to spread out their wares when we arrived. While we were there Fuego erupted again. As we returned to the bus, Erik spotted a blooming leafless orchid in a pine tree by the parking lot. 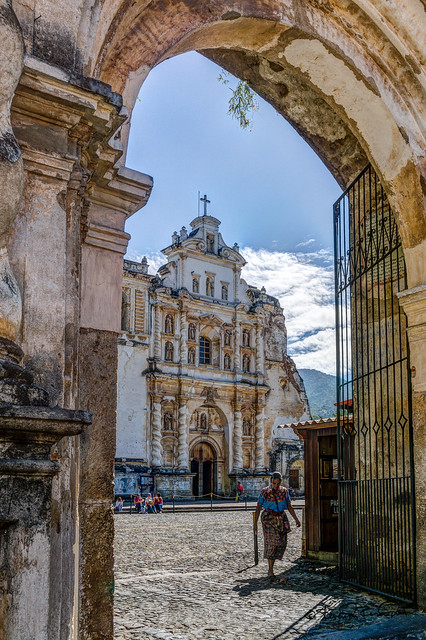 We left our overlook and headed back down to town for a visit to San Francisco Grande. This church was abandoned in 1773 when the Spanish left the city, although it was in good structural shape after the 1773 and 1917 earthquakes. The Spanish colonial church architecture is ornate with Solomonic columns and stucco images of San Francisco, The Virgin Mary, Santa Clara, San Diego de Alcalá, San Antonio de Padua, San Juan Capistrano, St. James, Santiago, and Santa Isabel from Hungary to name a few, still remain set into vaulted niches within the facade. Although the interior was stark, a spirit of reverence and devotion filled the sanctuary. Men and women with covered heads prayed and lit candles. There were large oil paintings, darkened with age, decorating the walls as well as several carved wooden altarpieces. 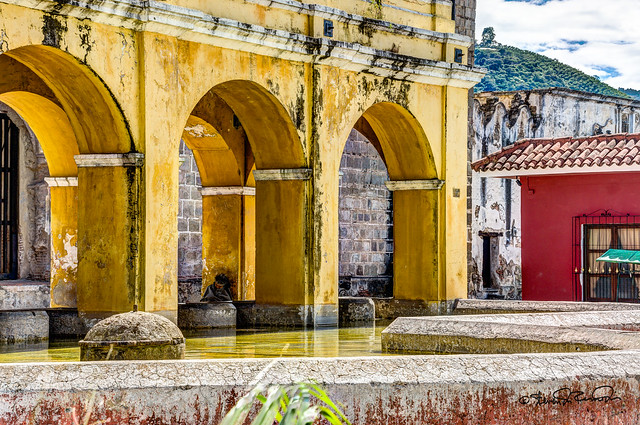 At the Plaza de San José, there is yellow ochre arched structure, la Unión Tanque, that was inaugurated on February 3, 1853. It served as the local laundry during colonial times when residents did not have running water in their homes. The adjacent park served as a place for social gathering when people came to collect water from the Tanque. Today few people use the wash stations for their intended purpose. Luis pointed out decorative stone rings high on each corner which were used for securing horse reins. 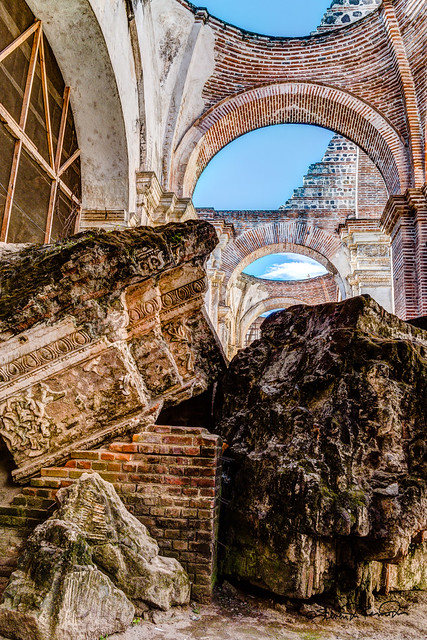 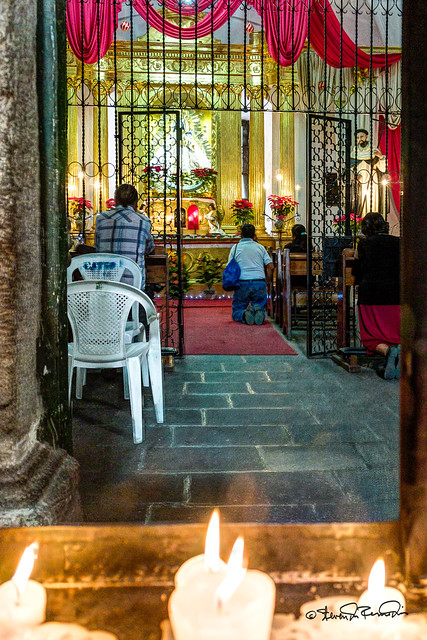 We visited the ruins of Catedral de San José which is a haunting place, with massive chunks of pillars strewn beneath sweeping brick archways, domed roofs open to the sky, and vegetation sprouting from cracks in the walls. Reproductions of the intricate plasterwork figures and moldings between the arches seem all that more impressive against the ruined backdrop. Behind the main altar, steps lead down to a former crypt, now serving as Capilla de Los Reyes (King’s Chapel), with a smoke-blackened crucifixion scene, one which is also venerated by the Maya faithful who visit the ruins.