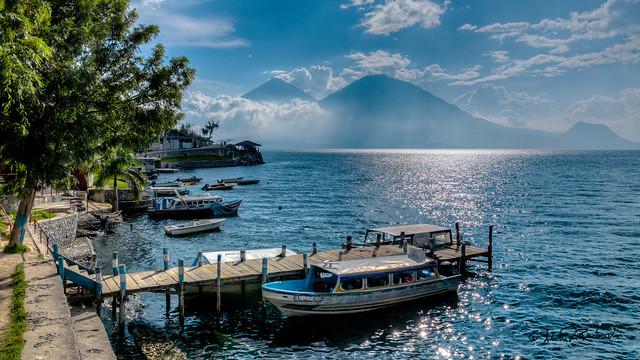 Panajachel is situated on the north east shore of Lake Atitlán. The lake sits at 5,000 feet above sea level, and is encircled by three towering volcanoes—San Pedro, Toliman, and Atitlán. 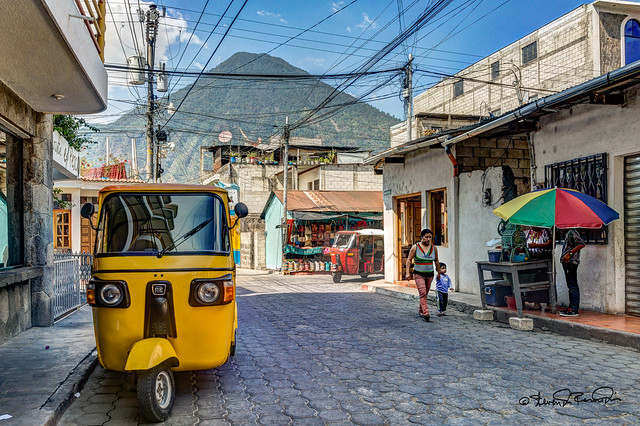 There was a clear view of the lake and volcanos from our rooms in the morning. Our boat trip to our first stop, Santiago Atitlán, at the opposite side of the Lake was on a calm lake. Santiago is to the south of Panajachel, next to the volcanoes of Tolimand and Atitlán. It has preserved its traditional Zutuil culture. As we approached we spotted Maya women bathing and doing their washing along the shore. At the dock we met Roberto, Luis' apprentice who appears to be the local gofer for Luis, arranging transportation, etc. 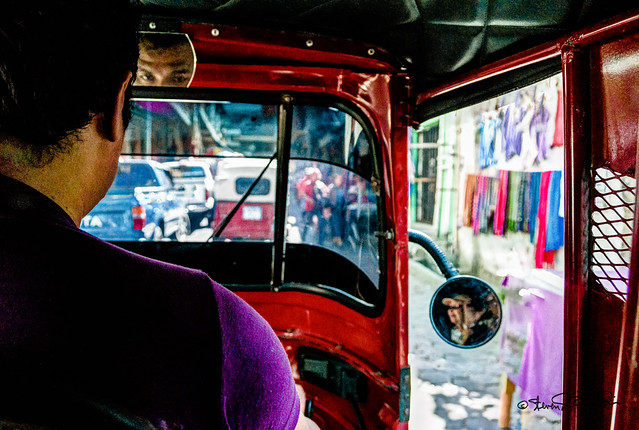 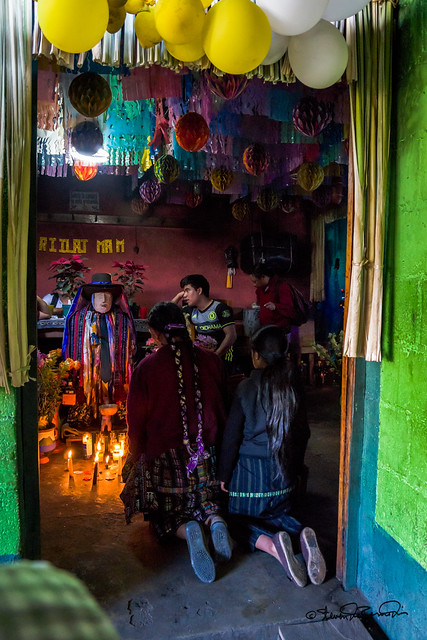 Roberto had tuk tuks waiting for the ride up the steep hill to the place were Maximón an important Maya deity resided this year under the protection and control of the Santa Cruz cofradía. At times very wise and times very crazy, the figure of Maximón has confused outsiders for years. The combination of saint/devil is one of the strongest remnants of the native philosophy in Santiago. Although encouraged at first by the Catholic Church, Maximón was eventually persecuted and at one time made to go underground. Because of his great influence, he was very much feared by the Church and, in order to deal with him, they represented him as Judas Iscariot. To the people of Santiago, he is their greatgrandfather. 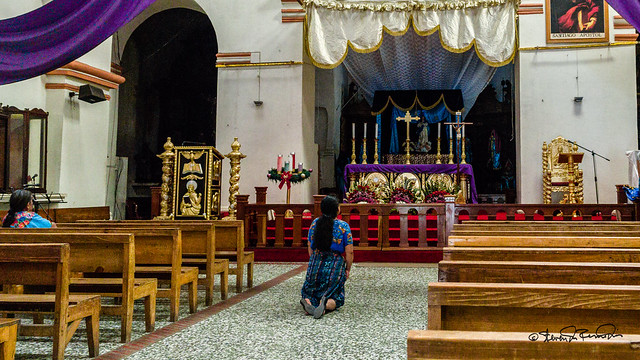 We walked down hill to the Santiago Apóstol Church where a blind man was standing at the door praying. Other worshippers were crawling on their knees towards the altar. This was another of the churches virtually abandoned when most of the Catholic Church was expelled from Guatemala. As a result, Mayan influence is strong here. Many people here practice a form of popular Mayan Catholicism, locally named “La costumbre” (The custom). This religion is a mixture between medieval Catholicism introduced by the Spaniards during the 16th century and the pre-Hispanic Mayan people. 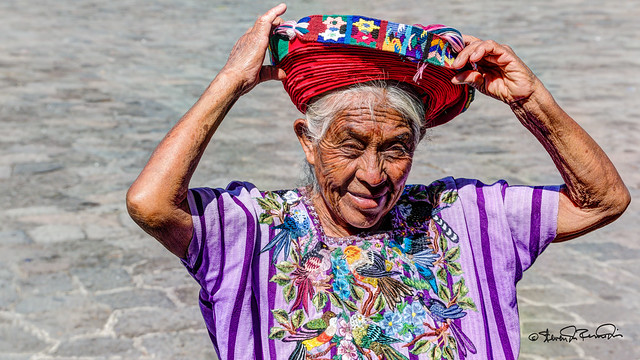 Outside we were introduced to an elderly local woman in traditional garb wearing an unusual headpiece. Luis said that she claims to be 73 but she really doesn't know her age. There were no records when she was born and age was correlated with important events. Luis also explained that shamans among the Maya are not healers, grandmothers are healers who learn from their mothers or other female relatives. Children are considered an adult at age 5 and begin learning from their parent.

After our visit to Santiago, we crossed the lake to the village of San Antonio Palopo, a small settlement lined with adobe homes—the residents of which also still wear traditional Maya clothes. It is a Cackchiquel village with agriculture as its main activity. They grow onions and anise, as well as manufacture products made from the fibers of the maguey agaves and tul carpets. 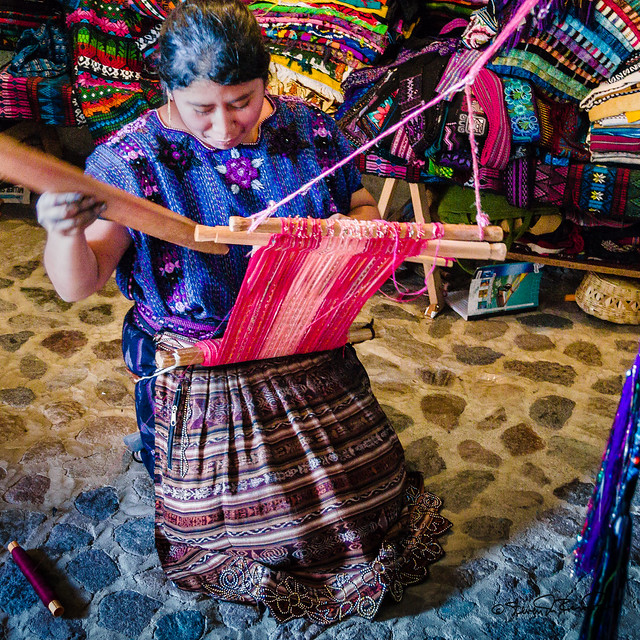 After lunch we walked to the Woman's Weaving Cooperative. The founder was away however her 16 year old daughter was in charge with the assistance of an older cooperative member. They explained that they tried to be different from all of the other weavers by using native cotton from the coast, spinning it and then dying it with natural dyes. There were several examples. Also demonstrated how she ties her hair in the sash.