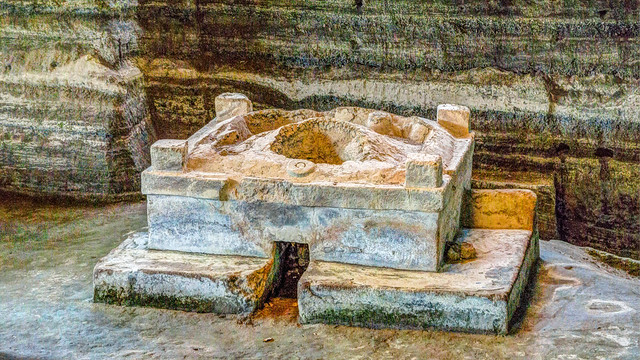 Joya de Cerén is aptly nicknamed the “Pompeii of the Americas,” because—like Pompeii—it features remarkably intact dwellings that were preserved for centuries after being buried under 20 feet of volcanic ash from an eruption of the Laguna Caldera volcano.

Due to the low temperature of ash and very fast ashfall, a 4 - 8 meter thick layer having blanketed the town in the space of a few hours (14 layers in all), one day in the life of the village was preserved. The villagers were apparently able to flee in time – no bodies have been found – although they left behind utensils, ceramics, furniture, and even half-eaten food in their haste to escape. 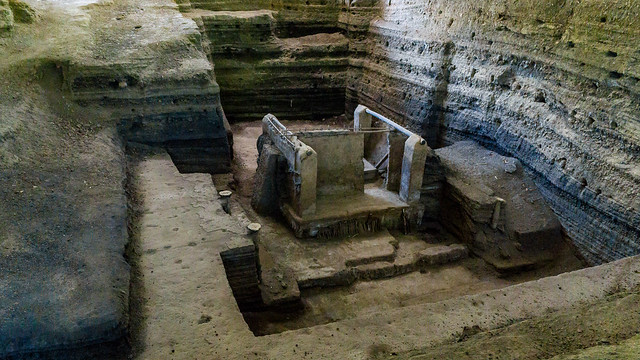 This is the best preserved example of a pre-hispanic village in Mesoamerica. Dating from about AD 600, the architectural remains are grouped into compounds that include civic, religious and household buildings. 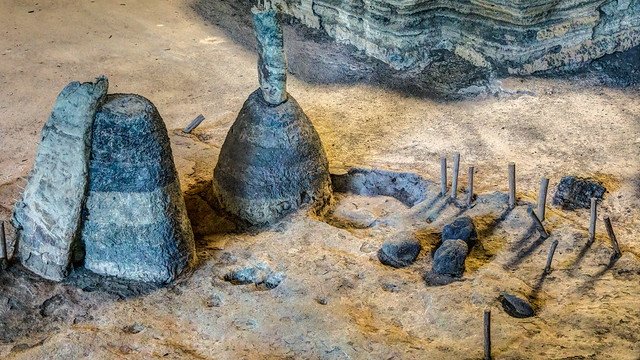 Rammed earth construction was used for the public buildings and the sauna, and wattle and daub (which is highly earthquake resistant) for household structures. In the kitchen, there are three stones representing the jaguar, snake and water (or Orion’s Belt). All Maya kitchens have these three stones to signify creation.