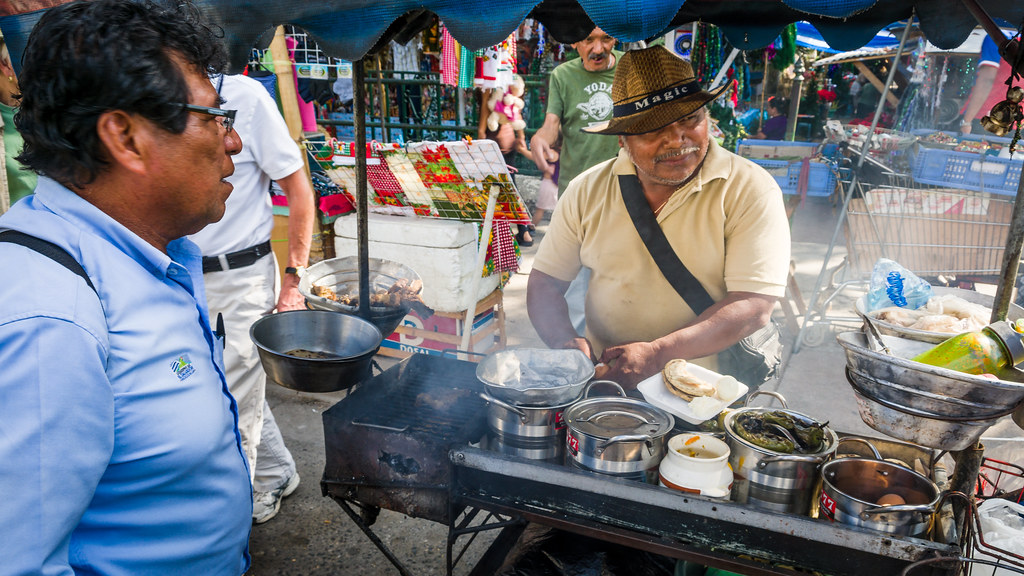 We flew on an United Airlines Business Class to Houston and then San Salvador thanks to Doug who found the fare. Everyone's luggage made it except for Margaret and Greg's. Luckily they were veteran travelers and had their essential items with them; their luggage arrived the next day. 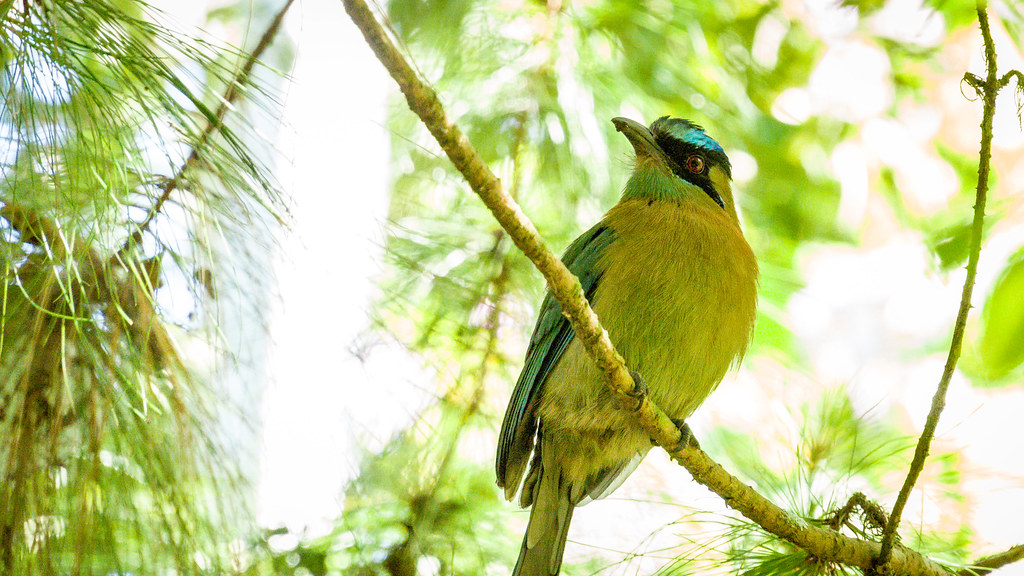 We began our exploration of San Salvador with a trip to Boquerón Park (big mouth), which is situated atop one of the peaks of San Salvador Volcano at about 5905 feet. Walking through this landscaped park, we spotted a turquoise-browed motmot feeding on the grounds. We had the mirador to ourselves except for a rather mangy pup cadging treats from Pam. There was a nice view into the volcano’s 5 km wide and 558 m deep crater, as well as the small crater within the crater named “Boqueroncito” (little Boquerón) On the opposite side of the mirador there were panoramic views of the surrounding city. 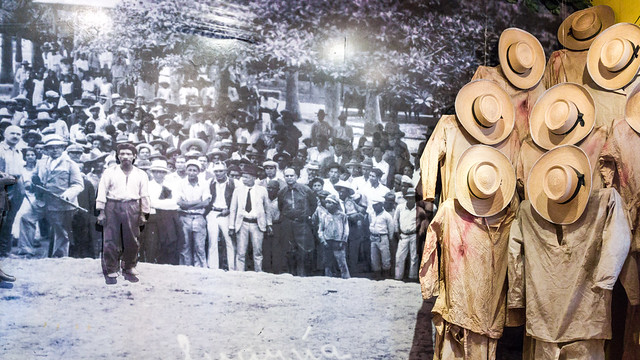 Our next stop was the Museo de la Palabra y la Imagen. It was founded in the late 1990s by Carlos Henríquez Consalvi after El Salvador's Peace Accord. Carlos was a guerilla radio announcer for the FMLN. It The museum preserves significant records on Salvadoran history and culture. The museum organizes exhibitions and publishes books and audio-visual documentaries on historical memory and human rights. It is also dedicated to preserving the memory of massacres carried out by authoritarian regimes, like the massacre of 1932 against indigenous communities and the murder of peasants in El Mozote in 1981. Along with other civil society organizations, the museum implemented the Monumento a las Víctimas Civiles de Violaciones a los Derechos Humanos, honoring the victims of human rights violations.

We stopped at the Plaza Gerardo Barrios, which was the site during a concert in San Salvador Bolivar Park (now Plaza Barrios), where President Manuel Enrique Araujo was severely wounded in 1913 when three farmers assaulted him with machetes. 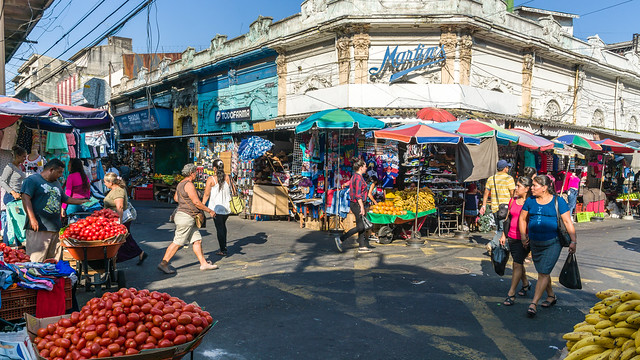 Facing Plaza Barrios is Catedral Metropolitana de San Salvador which is the principal church of the Roman Catholic Archdiocese of San Salvador and the seat of the Archbishop of San Salvador. It was here on Palm Sunday, March 31, 1980, during the funeral of Archbishop Óscar Romero, when 44 people were killed during a stampede after some elements, allegedly members of security forces (although it has never been corroborated) fired on mourners/worshippers and on Romero's funeral cortege, the real gunmen were never identified. 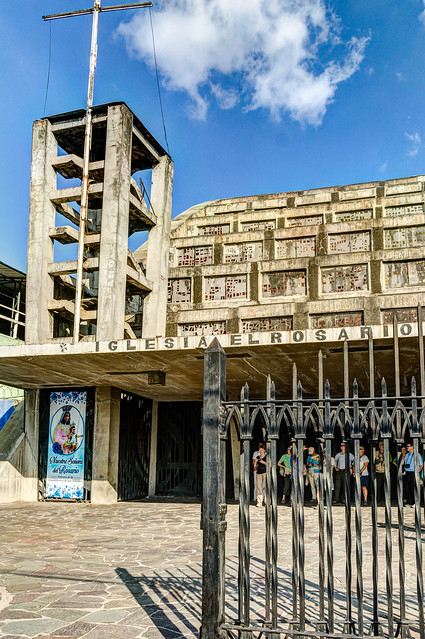 We continued our walk to a building whose exterior looked like a derelict airplane hangar. The nondescript concrete exterior of Iglesia El Rosario (Church of the Rosary) concealed an arched roof and a rainbow of natural light rushing across the altar and bouncing off metal and rock. The irreverent, controversial, absolutely compelling church was completed in 1971 by artist and architect Rubén Martinez who tweaked everything you normally associate with a Catholic church in Latin America. The cross looks like a rudimentary ship mast. Inside there are no pillars or columns. Stained glass windows have been created by randomly imbedding hunks of colored glass into the curved, bare concrete walls and ceiling which catch the sunlight. The stark, simple altar is on the same level as the pews. Usually melodramatic and predictable, the stations of the cross are depicted in thoroughly modern, enticingly abstract sculptures created by Martinez in carved stone, wrought iron and re-bar. 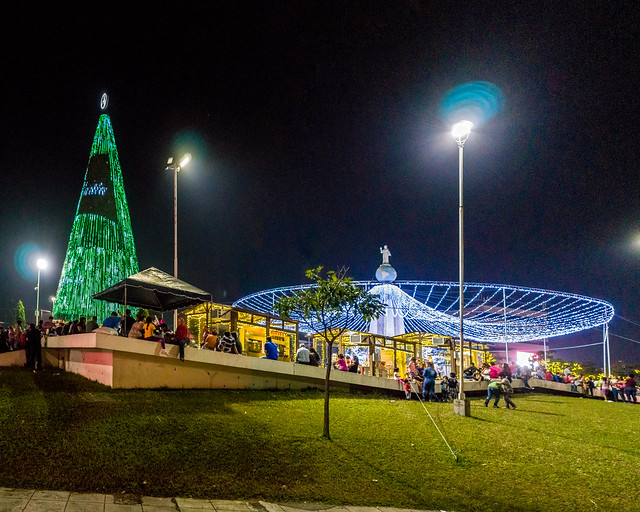 After dinner, we drove to Monumento al Devino Salvador Del Mundo, a city park where a very large artificial tree created out of lights was a main Christmas attraction. Next to it was a structure that looked like an upside down umbrella all lit up in white Christmas lights.